I had the pleasure of meeting a new friend last week and I’d like to introduce him to you all. Many of you will know him, he’s been all over the world and he’s a very friendly type so is always keen to meet new people…

His name is Herman, the German! 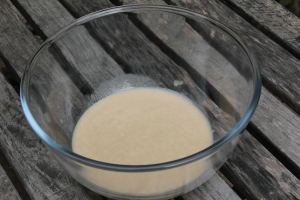 He is a sourdough starter 🙂 Basically you keep him warm (well room temp), feed him and then after 10 days you make a cake (or bread) with him and you give some baby hermans away to your friends so they can do the same. Think chain letter in baking form!

So I’ve spent the last 10 days nurturing Herman and yesterday he finally grew up and look what he became! 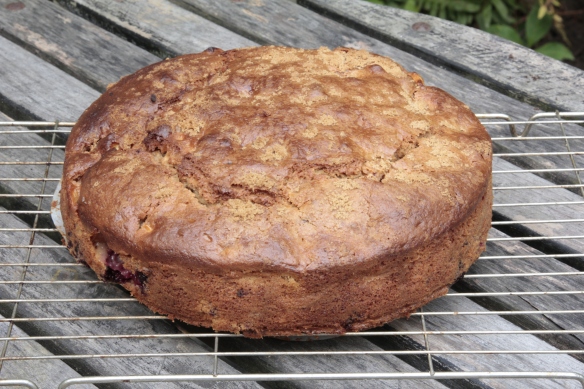 This is a modified version of the herman friendship cake recipe. I used soya milk, unrefined raw sugar and spelt flour to feed Herman and for the cake included apples and blackberries 🙂 I did use eggs in the recipe but will try substituting them out next time.

The recipe is as follows:

2 thoughts on “Hello Herman – a healthier version of the friendship cake!”