Believe it or not after making my plum and almond cake and egg-less plum cake, I still had some plums left! I also had the very good fortune to be given a massive bag of apples from my friend Zena’s garden (how lucky am I! 🙂 ), so I decided I’d have a go at my first ever batch of chutney! I am a massive fan of chutney but have never tried making it myself – mainly because my mum, and my very good friend Colette from Colette’s fitness kitchen, make THE best chutney and have kept me in good supply! But with this glut of autumn fruit I thought it was about time I repaid the favour! 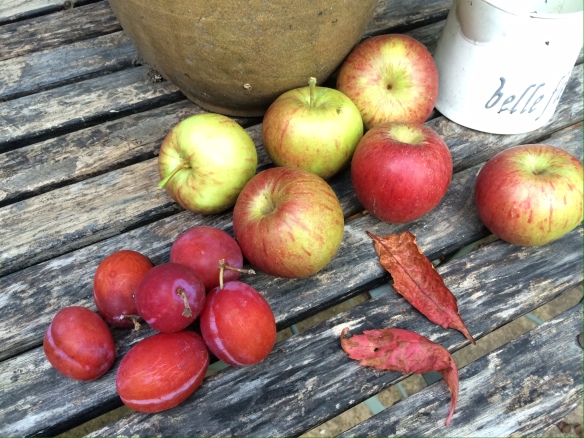 1 kg Apples (bramleys will work best but I used the apples I was given which were some sort of eating apple, and then I added a few extra bramleys in)

1 inch of Root ginger (or a piece approximately the size of your thumb!)

Prepare all the ingredients to start with. Peel the garlic and cut in to fine slices. Peel and grate the ginger, and thinly slice the onions. Peel, core and chop the apples.

Pop the onions, garlic and ginger into a large pan or stock pot. Add the apples and all the spices and vinegar. Bring the pan to the boil gently, stir well and then turn the heat down and allow to simmer for 30 mins with a lid on until the apples are soft.

While the apples are cooking slice the plums in to quarters (or eighths if they’re large) and add them once the apples are soft. Add the sugar and stir well. Leave it simmering with the lid uncovered for at least 40 minutes or until the plums are cooked and the chutney has thickened. You will know when it’s ready as if you drag a wooden spoon through it to reveal the base of the pan and takes it time returning then you know it’s done. Trust me this could take a while – it will depend how much juice comes out of the apples and plums. Just stick with it and keep stirring while it simmers down. 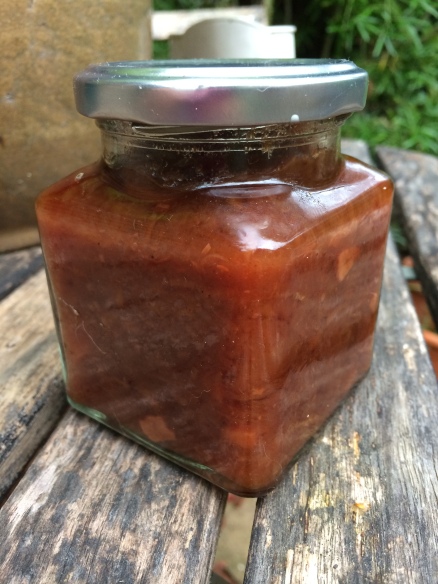 Pop some jars in to the oven to sterilise (20 mins at about 180 C will do it), remove the star anise and cinnamon stick and ladle the chutney in to the jars. Seal and label the jars. It’s best to let the chutney mature for a month if possible before you eat it. It will keep for up to a year, but once opened it’s best to keep it in the fridge and eat within a month.

Makes a great gift or, just enjoy it yourself with some cashew cheese! 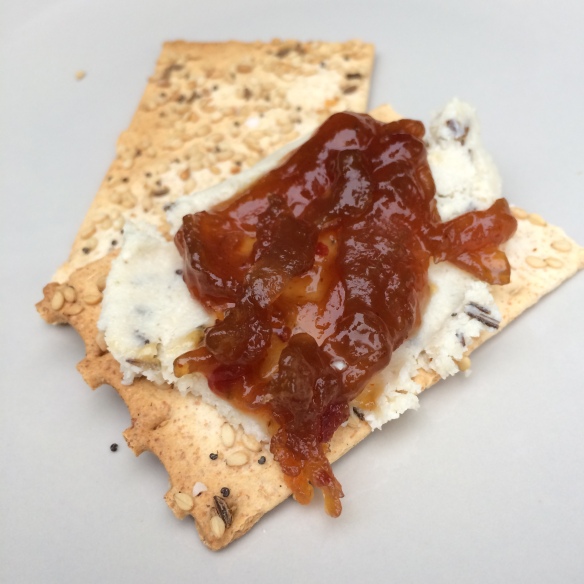 2 thoughts on “Plum and Apple Chutney”