Apparently I’m very suggestable… which is why I found myself in my kitchen at 11pm on a Monday night making more biscuits! What, I hear you cry? has she not made enough biscuits already! Well no, apparently not! A very dear friend, who shall remain nameless (though her name begins with a C, has an o, two l’s and a couple of e’s and t’s in it…….) suggested to me this evening that those valentine biscuits would be even better with some dessicated coconut in them… now I’m a massive coconut fan and though it pains me to admit when she’s right… she was right, in fact she was damn right! 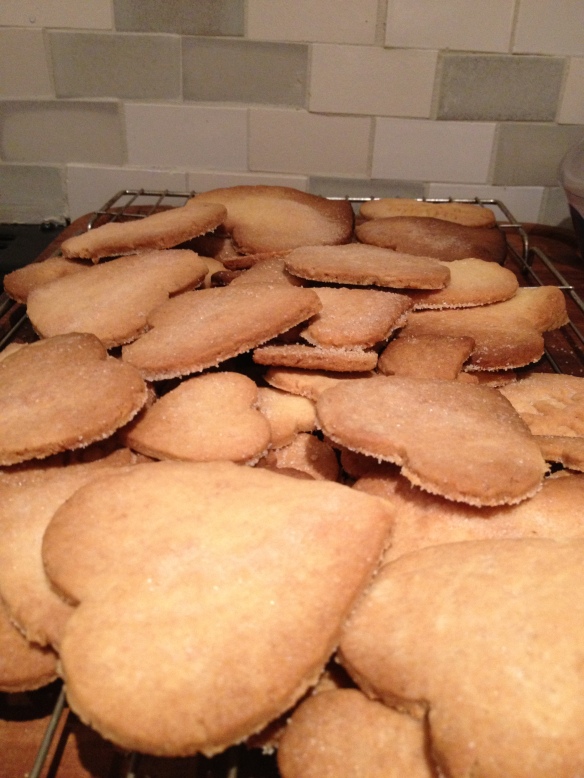 I went straight home and whipped up a batch! (well after a trip to the local shops for some ingredients!)…. and wow are they good! Seriously you need to try this! I think they’ll work brilliantly with the raspberry icing too – I just ran out of icing sugar so couldn’t ice them tonight!

6 oz Dairy-free margarine (get the best quality you can)

Approx 1/2 cup (to be honest I just shook a load in from the tub but just try a little at a time and keep working it in until it’s evenly spread throughout the dough!)

Pre-heat the oven to 180 C. Put the margarine in a large mixing bowl, sieve the flour and icing sugar in and cream it together. Try not to over mix but make sure the margarine is properly mixed with the dry ingredients. Add the dessicated coconut as the dough starts to come together and ensure it’s evenly distributed throughout. Once it’s formed a dough wrap in cling film and chill for 30 mins. If you find the dough is too sticky then add some more flour.  Once chilled, roll out and use a biscuit cutter to cut whatever shape you have. Sprinkle with a little raw sugar if you like and place on a greased baking tray and bake for 8 – 10 mins, or until golden. Remove from the oven and allow to cool on the tray. 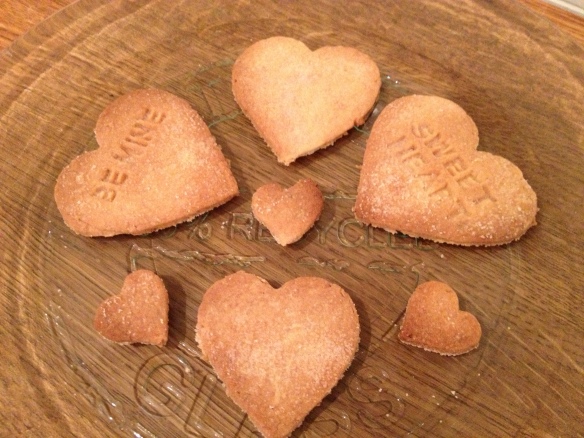